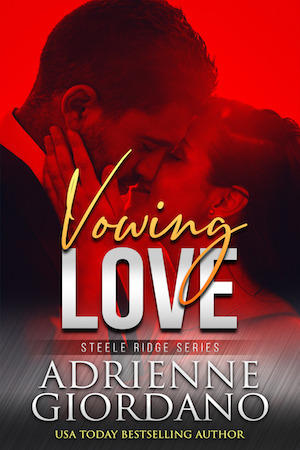 A groom cutting loose on his wedding night isn't out of the ordinary. But Reid Steele's buddies throw a bachelor party Green Beret style, where no man is left behind...or left standing. Reid wakes up the next morning with a hangover to end all hangovers. Or maybe still drunk. Either way, his head is pounding out its own wedding march. The thought of settling down once terrified Reid. Now, the only thing he's scared of is ruining Brynne's big day. She's the love of his life, and he's determined to be in ceremony shape no matter what.

Here comes the bride...and she is furious. She finds Reid wasted on his mama's couch. Brynne Whitfield's no bridezilla, but after her train wreck of a first marriage, she wanted a perfect start to this one. So, yeah, it hurts. And stirs up old insecurities. Can she forgive his screw up? Reid is a wild card, but he's also the man she wants to wake up to for the rest of her life.

Unfortunately, Brynne's not the only angry wife in Steele Ridge. Trouble is on the guest list, turning Brynne and Reid's dream day into a nightmare. Reid must defuse the situation--and stay alive--in time to say "I do."